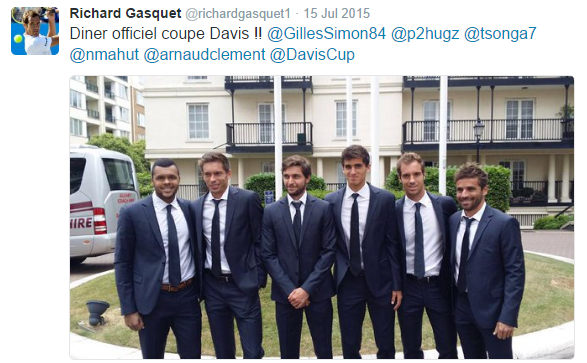 At the end of last season, France had four men in the ATP World Tour’s top 20, and seven in the top 50. It bettered every other country represented in the rankings. And one year on, the statistics are even better.

They may not have an active singles Grand Slam champion, but this rich tennis nation has more than enough talent to make up for it – and some potential major victors of the future. As the BNP Paribas Masters continues in Paris, here is your rundown of the Frenchmen in the top 100 – plus one more.

Who could have expected this at the beginning of the year? Long considered one of the most talented men never to win a major – and renowned for his extreme hot-and-cold tendencies – super-athletic Gael Monfils has found consistency in 2016. Back to the career-high ranking he first achieved in 2011, the 30-year-old has qualified for London’s World Tour Finals for the first time – despite having skipped one Grand Slam, and been downed in round one of another. Not bad. 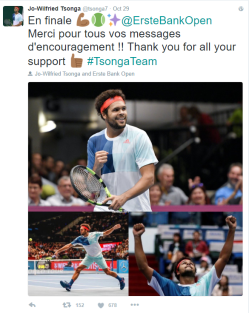 A former world no. 5 – and the Big Four’s biggest threat throughout 2011 and 2012 – Jo-Willy is as popular for his warm character as his booming serve and forehand. Despite injuries during the season – the most painful of these forcing him out of round three of his home Grand Slam – the 2008 Australian Open finalist still has an outside shot at London qualification. He is a member of an exclusive group of players who possess multiple wins over Djokovic, Federer, Nadal and Murray.

After bursting onto everybody’s radar by reaching the Rome Masters semifinals as a qualifier, exciting 22-year-old Lucas Pouille did not disappoint. A final set tiebreak victory over Rafael Nadal at the US Open ensured his second straight Slam quarter-final appearance. And if the Moselle Open champion’s form of the past few months has anything to say about it, there are a few more of them to come. 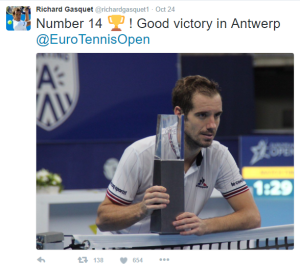 Another long-time elite star, Gasquet – who actually won his first event of the season – largely has injury to thank for his ‘lowly’ ranking. Still, the 2015 Wimbledon finalist’s one-handed-backhand remains one of the game’s finest on its day, and the former world no. 7 has been putting together a decent finish to the season: reaching a final and winning a title since New York. 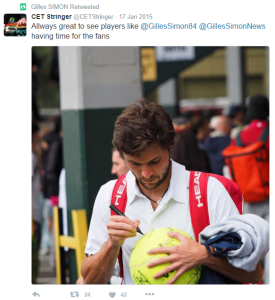 One of the ATP’s leading counterpunchers, Simon’s craft and slick touch have seen the former world no. 6 to many an elite victory. A quarter-finalist at the Australian Open and Wimbledon in previous years, the highlight of the 31-year-old’s current season has been a semifinal appearance at the recent Shanghai Rolex Masters.

He is widely remembered for losing the longest match in tennis history, but lawn-loving veteran Mahut deserves to be known for more than that. Currently world no. 1 in doubles, the 34-year-old partnered Pierre-Hugues Herbert to the Wimbledon title in July. And his singles career has been enjoying late-blooming success, with Mahut claiming his third s-Hertogenbosch title in four years during the 2016 grass-court season.

Another man capable of sheer brilliance and erratic tennis, Paire reached his career-high ranking of world no. 18 back in January. There have been few real highlights for the 27-year-old since, but a player of such talent (and unpredictability) could roar back onto the scene at any given moment. Watch this space.

Possessing a career-high ranking at the grand old age of 36, Robert should be more than proud of himself. A long-time fighter on the lower tiers of the ATP tour, he attained widespread recognition with his five-set upset of Tomas Berdych in the 2011 French Open first round. Robert – who reached his first ATP semifinal since 2015 in Moscow two weeks ago – was ranked world no. 558 as recently as May 2015.

One of the most underrated players on the ATP circuit, Mannarino’s touch and skill are capable of real damage on their day. Indeed, he gave Novak Djokovic quite the runaround in the Wimbledon second round, and was unfortunate not to take a set from the world no. 1. While his career-high ranking is world no. 27, the inconsistent talent is capable of much more than he has so far achieved in years gone by – with his 2016 highlight a semifinal appearance in Nice back in May.

The world no. 12 back in 2008, Mathieu – who got married in September – has been enjoying his best season in a while in 2016. Willing to do battle on the Challenger circuit when necessary, the 34-year-old’s longevity was rewarded by a final showing in Montpellier in February – where he lost only to Richard Gasquet. These Frenchmen really give their home crowds something to cheer about!

It is strange to see 29-year-old Chardy falling this far down the rankings. As recently as the French Open, he was seeded no. 30. Nevertheless, a man of the former world no. 25’s skill should have some surprises left in the bag. With Rafael Nadal and Andy Murray among his long list of ATP victims, the clean-hitting right-hander – who has played only on the Challenger circuit since the US Open – has shown that he is made of quality material.

His career-high singles ranking of world no. 76 was achieved only recently, but Herbert has already accomplished much at the age of 25. World no. 2 in doubles, he is a two-time major champion alongside countryman Mahut – and the holder of three Masters 1000 trophies this year alone. The current season has been the most consistent of Herbert’s singles career to date – despite his lone ATP final coming in Winston-Salem in 2015 – and it has seen him qualify for ATP events on five separate occasions. Expect to see him rise still further in 2017.

AND A SPECIAL MENTION:

If you have not been following the progress of 20-year-old Halys, then start now. The youngster may never have entered the top 100, but he should be shooting into that zone sooner rather than later. A brave showing against Rafael Nadal in the French Open first round last season preceded taking Novak Djokovic to a third set tiebreak in January’s Australian Open second round. Having spent most of the year competing in Challengers, Halys beat Frances Tiafoe to win his first title on the circuit in April.

Keep an eye on him.

One thought on “BNP Paribas Masters: French tennis rocks, and the ATP top 100 proves it”